The vignettes by Ricardo Martínez from 1945 to 1959 are closely related to the publishing endeavours of close friends, among others Joaquín Díez-Canedo, Francisco Giner de los Ríos, Alí Chumacero, Henrique González-Casanova and Juan José Arreola. Through their almost “home made” publications, these writers and publishers made an important contribution towards the diffusion of Mexican literature of the time.

The Ricardo Martínez Foundation has original issues of the publications Ricardo Martínez contributed to during those years. It already is possible to trace in them the simple lines that would define his later work, while at the same time more elaborated and even surrealist and abstract motives are to be found.

Some of these vignettes, such as the ones made for the Nueva Revista de Filología Hispánica of El Colegio de México in 1947 and for the first edition of Pedro Páramo in 1955 became emblematic and are used even now. The cactus on the cover of the first number of the Revista is its logo and the three original vignettes appeared in the facsimile edition of Pedro Páramo published by Fondo de Cultura in 1996.

Among the publications with vignettes in the archives at the Ricardo Martínez Foundation, are the earliest ones from 1945. Ricardo Martínez illustrated the collection of poetry Epigramas americanos by Enrique Díez-Canedo, published by his son Joaquín and already under the Joaquín Mortiz editorial seal.

In their student days, Joaquín Díez-Canedo and Francisco Giner de los Ríos started the literary magazine Floresta de prosa y verso, which first appeared in Spain in 1936 but unfortunately only a few issues were published due to the Spanish Civil War. When Díez-Canedo and Giner de los Ríos came to Mexico they started the magazine anew, this time under the title Nueva Floresta, published by Editorial Stylo. For this new venture, Ricardo Martínez illustrated Segundo despertar y otros poemas, by Enrique González Martínez. The vignette of a seashell illustrating El contemplado (mar, poema) by Pedro Salinas, can be attributed to Ricardo Martínez, given the style and his close relationship with the editors.

In 1946 Ricardo Martínez illustrated the cover of Sleep and poetry by John Keats for Editorial Espiga. The vignette is a reminder of Ricardo Martínez’s incursion into surrealism in the early 40s and is particularly well suited to the title, with a dream-like landscape and a pentagram in the foreground.

The only vignette recorded for 1947 is the cactus on the cover of the Revista Hispanoamericana de Filología already mentioned.

In 1949 El Colegio Nacional published Junta de sombras, by Alfonso Reyes. This is an interesting publication regarding the illustrations, which are to be found, not on the cover as might be expected, but at the beginning of each chapter and at the top of the table of contents. The vignettes correspond to the Hellenic subject of Reyes’s work: 28 simple illustrations depicting landscapes, ruins, animals, men and women with classic features, some of them wearing laurel wreaths, hands and some unexpected drawings of geometric shapes, unusual in the work of Ricardo Martínez.

Another vignette from 1949 is the one made to illustrate Libertad bajo palabra by Octavio Paz (Colección Tezontle, Fondo de Cultura Económica). The editors in charge were Francisco Giner de los Ríos and Joaquín Díez-Canedo. This is apparently the first illustration Ricardo Martínez made for the collection.

Nineteen fifty would be an important year for Ricardo Martínez as an illustrator. It was then that Juan José Arreola and other writer friends started publishing “Los Presentes”, “An enterprise by friends to publish works by friends” (Mata, 2000), to which Ricardo Martínez contributed from its beginning until 1954. 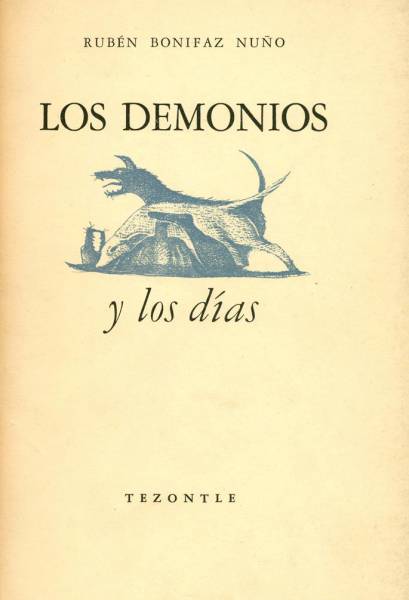 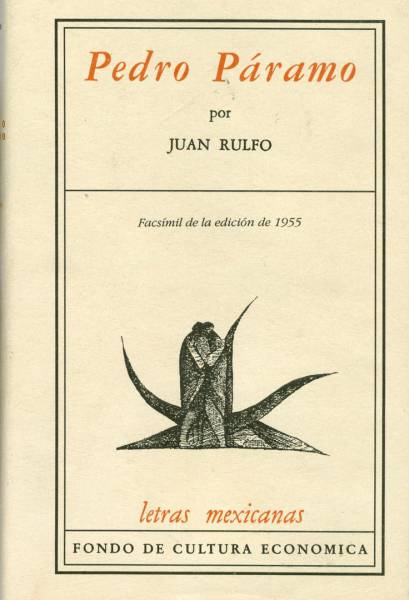 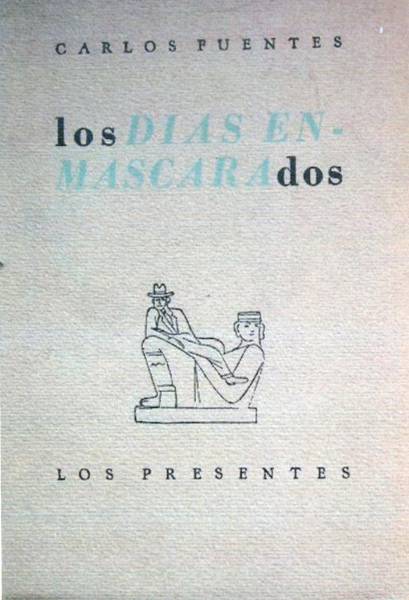 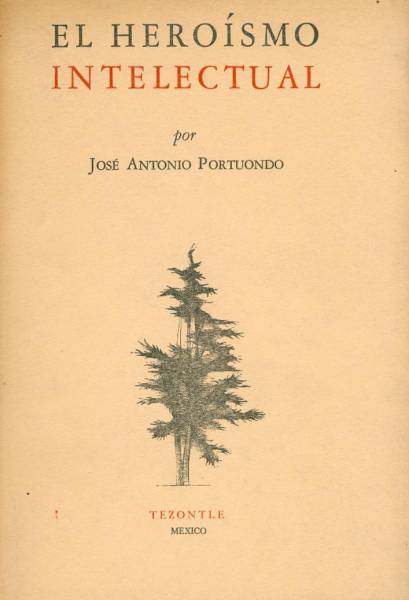 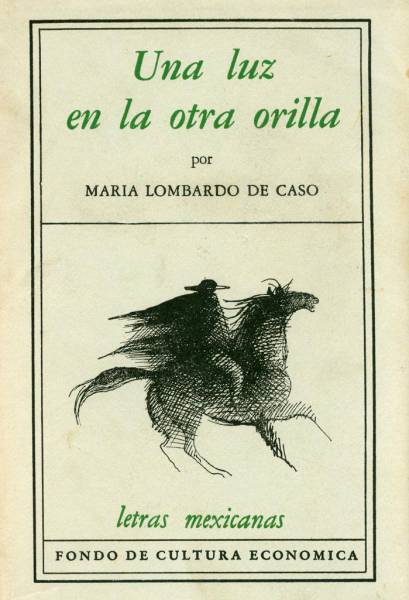 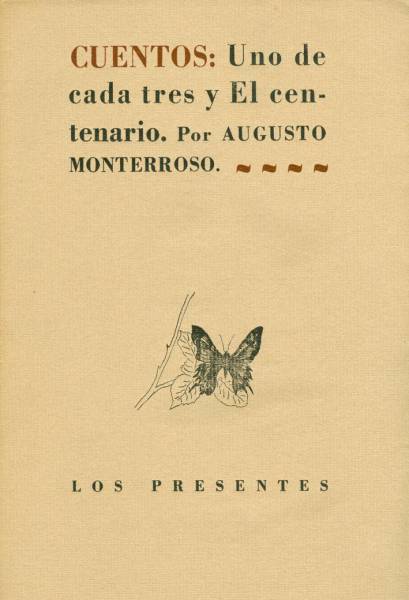 “Los Presentes” had two epochs, from 1950 to 1953 and from 1954 to 1964. Juan José Arreola was in charge of the second epoch until 1957. Ricardo Martínez illustrated six titles of the first series and three of the second, all of them in 1954. There is no record of why Martínez did not contribute after that.

The illustrations of the first series are as follows:

Stories, by Juan José Arreola, 1950. An orchard in simple lines.

The return, by Ernesto Mejía Sánchez, 1950. A pair of hands holding a book.

The younger brother, by Jaime García Terrés, 1952. A pair of hands holding a piece of fruit.

Stories, by Augusto Monterroso, 1953. A detailed image of a butterfly on a leaf.

Mexican tales, by Ángel Bassols Batalla, 1954. An ancient knife, probably in obsidian, with a handle in the shape of an eagle soldier.

The masked days, by Carlos Fuentes, 1954. Drawing of a man dressed in a suit sitting on a chac-mool, both of them smiling. The drawing fits well with the title “Chac mool” of the first story in the collection.

Parentalia, by Alfonso Reyes, 1954. A quince tree, probably one of the two in the artist’s house.

Another vignette from 1950 is the one on the cover of Diario histórico de los viages de mar, y tierra hechos al norte de la California, written by Miguel Constansó in 1770 and published by Edición Chimalistac, which shows a small bird singing on a branch.

From 1952 the Foundation has recorded the following works:

The cover of El coronel que asesinó un palomo y otros cuentos by Jorge Ferretis (Colección Tezontle) shows a yuca palm. Although its author is not recorded, from the style and subject of the drawing, as well as the fact that Francisco Giner de los Ríos, Joaquín Díez-Canedo and Alí Chumacero were the editors responsible, it is likely that the vignette is by Ricardo Martínez.

El Nuevo Narciso and other Poems by Enrique González Martínez (Letras Mexicanas, no. 3) is illustrated with a vignette of a tree.

The last vignettes form 1952 in the archives of the Foundation are the ones Ricardo Martínez made to illustrate José Gorostiza’s Muerte sin fin, published by the University Press. There is a vignette on the cover and ten more throughout the poem.

The most outstanding vignettes from 1953 are those for Jornada hecha poesía: 1934-1952 by Francisco Giner de los Ríos (Tezontle, Fondo de Cultura Económica) and Sentido de la presencia, by Ramón Xirau. The image on the cover of Giner de los Ríos is a yuca reflected on a pond in what appear to be more elaborate strokes and the mirror image slightly deformed. The illustration in Xirau’s work, a rose, has no credit, but compared to other works by Ricardo Martínez it could be attributed to him.

In 1954 Tezontle published Fronteras, by Jaime Torres Bodet. The vignette on the cover, without signature but attributed to Ricardo Martínez, is an image of a fallen tree. Alí Chumacero was responsible for the edition.

The Ricardo Martínez Foundation has registered these vignettes from 1955:  the first one on El heroísmo intelectual by José Antonio Puortondo (Tezontle, Fondo de Cultura Económica).

The second and most important is the series made for the first edition of Pedro Páramo by Juan Rulfo (Letras Mexicanas, no. 19): one on the cover portraying two figures embracing with a maguey in the background, one at the beginning of the novel, with a muleteer following his oxen and one at the end, with two ferocious looking dogs barking.

The cover of Los demonios shows three dogs fighting. A serpent on a tree is on the cover Palabras en reposo, and a pair of hands on the cover of Las provincias del alma. The cover on Pellicer’s book shows some mandolins. Although the author is not recorded, Carlos Pellicer, the poet’s nephew, confirmed that it is by Ricardo Martínez.

In 1958 Ricardo Martínez illustrated Poemas mexicanos by Francisco Giner de los Ríos with 37 vignettes. The collection was published by UNAM and the vignette on the cover represents two trees.

Another illustration from that year is the one for Una luz en la otra orilla, by María Lombardo de Caso (Letras Mexicanas, no. 47). It shows the silhouette of a man wearing a hat and poncho and riding at full gallop.

The vignettes discussed in this essay show that there was a close relationship between the publishing houses, the writers and the artist. Ricardo Martínez would continue illustrating books with vignettes, but in later years his contribution would be reproductions of oil paintings 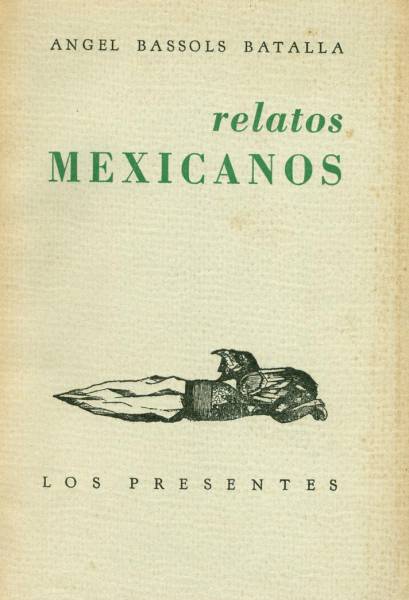 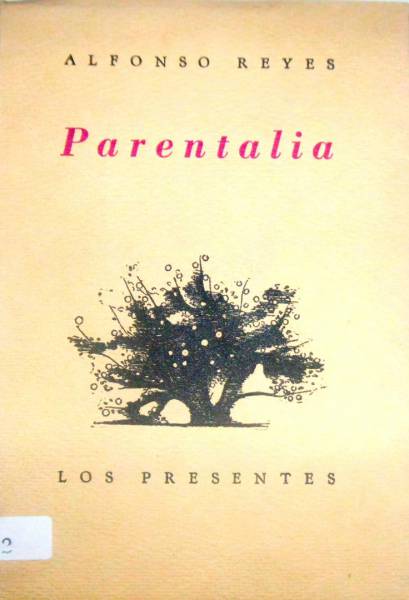